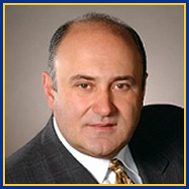 Joseph Fuda has been President, CEO and a Director of Micromem since February, 2002. Before leading Micromem, Mr. Fuda was involved in the investment banking industry and was a principal shareholder, director and Vice-President with EFI Capital, a Toronto-based financial services firm sold in 2003. EFI had offices across Canada and owned and operated insurance, brokerage and trust services. 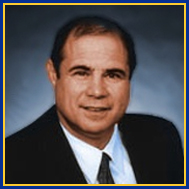 Dan Amadori has more than 30 years of experience in the financial services sector. After graduating with a B.Comm from McGill in 1972, an MBA from Ivey Business School in 1974, he joined Arthur Andersen & Co. He qualified as a CA in 1976 and spent 12 years in public practice. In 1986 Mr. Amadori assumed the position of President of a privately held communications business. This company grew and was ultimately sold to a large public entity in 1988. In 1988 Mr. Amadori founded Lamerac Financial Corp, a corporate finance and mergers & acquisitions firm. He has successfully concluded numerous transactions in different industry sectors across North America. Mr. Amadori has served as CFO of a number of public and private companies over the past decade and currently serves as an officer or a director of several other public and private companies. 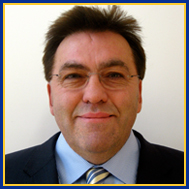 Steven Van Fleet has been President of MAST since 2008 and a director of Micromem since 2002.  He is a 1976 graduate of Miami University with a BSc. in Applied Science and held several technical position in the pulp and paper industry including Reed Paper, MacMillan Bloedel, Weyerhaeuser, Boise Cascade and International Paper. While at International paper, he managed the corporate research and development group responsible for applying emerging technology to business issues. Mr. Van Fleet was one of the founding board of director for the MIT Auto ID group that was charged with creation of the Internet of Things and the emergence of a global standard for the application of RFID. He held business development positions with Sentrol Systems, a supplier of paper machine quality systems and the R&V Group, a startup RFID manufacturing company. For six years he was the owner of a company that served IBM with a focus on semiconductor clean room tool analytics and automation. 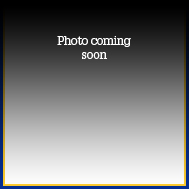 Mr. Nepomuceno has served as a Director of Micromem Technologies Inc. since June, 2006. He is currently an investment officer for Crystal Business S.A., an investment company based in Lugano, Switzerland. His principal responsibility is to manage commercial and investment businesses worldwide in several fields and industries. Under his direction, numerous companies have been able to improve their business and generate profitability worldwide. In addition to acting as an investment advisor, Mr. Nepomuceno oversees portfolio management for private clients. Mr. Nepomuceno previously served as a Director of Echo Energy Canada Inc, an Ontario based producer of natural gas.

Mr. Dey has been a Director of Micromem since 2012. He operated as Alex Dey, Chartered Accountant until August, 2004 at which point he retired from private practice. He continues to provide professional services to a number of small businesses.